Activities of the Young Historians
(Part 2 of 2)

“Real ancient history” (진짜 고대사 in Korean) was a series of seven articles, six written by members of the Young Historians affiliation and one further article by Kim Taehyŏn, a founding member of the ‘Manin mansaek researcher network’ (만인만색연구자네트워크) that was separately established in November 2015 to oppose the imposition of a single government authored textbook.

Representing a further distillation of key themes treated in the Young Historians’ book, each of the seven articles addresses one of a canon of topics regularly appearing in the works of pseudo historians. Authorship of the individual articles and their main topic area are as follows.

Below are summary points from each article. I have taken the liberty of reducing the arguments to two components: the ‘pseudo claims’ the article addresses and the core point of ‘refutation’ made by the authors: this is not the structure of the original articles which are written free form. Accompanying pictures are principally from the original articles. 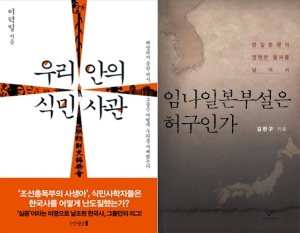 This first article contextualizes the question of Mimana against the context of comments made the previous month by assemblyman To Chonghwan, who had been a leading participant of the National Assembly hearings and was at the time of the article a candidate for the position of Minister of Sport and Culture, to which he has since been appointed. To Chonghwan was a vocal opponent to the government authored textbook policy, but was apparently sympathetic to Yi Tŏk-il’s anti-Japanese conspiracy narrative. On 6 June 2017, To was quoted by Hankyoreh newspaper stating: 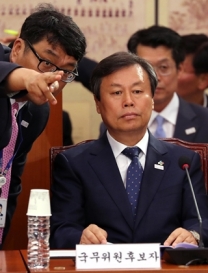 Wi argues that this polemic is borrowed from Yi Tŏk-il’s 2014 book in which, on the topic of Mimana, Yi targets the work of scholar Kim Hyŏn-gu, wilfully mischaracterizing his research as affirming the Mimana Nihonfu theory and denouncing Kim as a promoter of the ‘colonial view of history’. The details of this claim and Kim’s counter arguments are addressed in his own book, “Colonial historiography cartel” discussed in the following post.

Wi’s article provides an overview of the history of research on Mimana, including the following.

As highlighted by Wi, a core counter argument to the pseudo historians’ claims that the Mimana hypothesis was invented by colonial era historians is that Mimana/Imna is independently attested in both early Chinese and Korean sources. 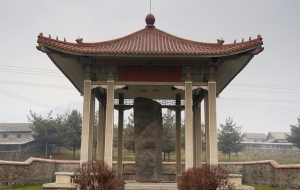 百殘新羅舊是屬民由來朝貢
The people of Paekche and Silla originally belonged [to Koguryŏ, to whom they] came and paid tribute.

An summarizes the background of the current day interpretations.

1930s Chŏng Inbo (1893-1950) tried to refute this by arguing the grammatical subject of the passage to be Koguryŏ rather than the Wae.

1972 Zainichi Korean Yi Chin hŭi (이진희) argued the inscription had been altered by the Japanese military.

1981 This hypothesis was refuted by Chinese scholar Wang Jianqun 王健群.

Wi thus asserts that the Japanese distortion hypothesis has long been negated but that it remains a conspiracy hypothesis peddled by pseudo historians. He argues such an approach is no better than early Japanese interpretations.

An asserts the content of the stele text should be accepted, but interpreted critically as contemporary Koguryŏ propaganda. He cites the work of another zainichi scholar, “A created ancient past” (만들어진 고대, 2001) by Yi Sŏngsi (이성시 Waseda University), as representative of this approach.

[Here it should be noted, that pre 20th century Korean scholars’ acceptance of P’yŏngyang as the location for Lelang is explained by pseudo historians as owing to traditional Sinocentricism (사대주의). This explanation originates with nationalist historian Sin Ch’aeho whose colonial era writings blame much of Korea’s contemporary misfortunes on the pre 20th century elite’s supposed cultural subordination to China, which Sin traces to Silla’s overthrow of Koguryŏ.

The Chŏng Yak-yong example is pertinent as Yi (2014) falsely claims Chŏng to have located Lelang in Liaodong.]

[Yi Tŏk-il has been unable to explain this, but instead argues that the Samhan were never located on the peninsula and that the Samhan themself are another colonial era conspiracy to reduce the early foundation dates for the southern Three Kingdoms era polities of Paekche, Kaya and Silla. This may in part be inspired by Sin Ch’aeho who had claimed the names of the original Samhan to have been derived from continental Manchurian polities that, according to Sin’s scheme, were later forced to retreat into the Korean peninsula.]

Ki’s second article provides a counter argument to one of the central conspiracy premises held by empires advocates: that the artefacts produced by Japanese colonial era excavations at P’yŏngyang were largely fabricated. Such artefacts include: roof end titles carrying the name of Lelang (樂浪禮官·樂琅富貴), and seals (封泥) identifying 23 of Lelang’s 25 subordinate counties. The claim of fabrication was first made at the time by Chŏng Inbo and, needless to say, is repeated in Yi (2014).

Ki highlights, however, that since the colonial era, North Korean archaeologists have excavated some 2,600 tombs which – to outside observers, at least – are clearly Chinese Han in construction style, containing in particular a large number of Chinese lacquerware items. Yi Tŏk-il has argued these were just tombs of Chinese prisoners of war held by Koguryŏ, which is also the current North Korean explanation.

Ki also highlights the Lelang census tablets (戶口簿 45 BCE) unearthed from a P’yŏngyang tomb, the discovery of which occured around 1992 but, no doubt owing to the implications of such a find, was not acknowledged until 2006. Constituting near irrefutable proof for the P’yŏngyang location of Lelang, Yi Tŏk-il has nevertheless variously argued that the tablets were either buried with a Lelang defector (locating Lelang in Hebei), or that they are again Japanese forgeries. Not mentioned by Ki, in Yi (2014) he even suggests that they were forged by North Korea in order to confuse South Korean scholarship and keep it inferior to that of the North!

Ki goes on to argue that, by contrast, there is no archaeological evidence for Wanghŏm-sŏng having been located in Hebei. He also makes the argument that, according to the logic of colonial era ManSen-shi (滿鮮史 Manchuria-Korea history) historiography – a colonial era paradigm that grouped the two regions as one in order to justify Imperial Japanese expansion from Korea into Manchuria – if Lelang (as the successor to the Chosŏn capital of Wanghŏm-sŏng) could have been located deeper into Liaodong or China, it would have served to justify contemporary Japanese expansion, so there would have been less motivation to fabricate its location at P’yŏngyang. [A similar argument, not mentioned by Ki, is why the Japanese did not also fabricate archaeology for Mimana, which they similar sought to locate, but in contrast to Lelang failed to discover.]

Ki goes on to contrast the pseudo historians’ conspiracy of Lelang archaeology having been fabricated with the more obvious case of North Korean authorities fabricated excavation and ‘restoration’ of Tangun’s tomb. Details noted by Ki include:

To support these refutations, Kang’s article provides an overview of colonial era and subsequent South Korean historiography, summarized as follows.

1990s
Criticisms of internal development theory for trying to match Korea to Western notions of modernity. 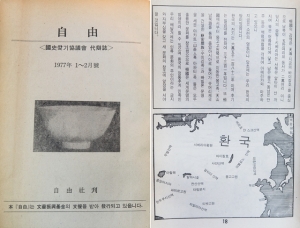 In the final article of the series, Kim Taehyŏn traces the immediate origins of current day pseudo historiography to the journal Chayu (自由 ‘freedom/liberty’ est.1968.6) which was the shared forum for an influential group of 1970s era pseudo historians.

Alongside this topic, Kim discusses the Hwandan kogi, which today constitutes the main scripture of Taejonggyo who regard it as an authentic  source of ancient history. Kim highlights that Hwandan kogi was first published by Yi Yurip (李裕岦 1907-1986) in 1979, but that extracts with differences to the final text had previously appeared in Chayu during the preceding decade, demonstrating the process of its recent authorship. He notes also that this supposedly ancient text contains a poem by Yu Ŭngdu (? 柳應斗 1847-1914) and that it cites from another apocryphal text Ch’ŏnbugyŏng (天符經) all undermining its authenticity.

[Concerning the main argument of this article – that the Park Chung Hee era pseudo historians were anti-Communist rather than sincerely ethno-nationalist – it should be noted that while, in particular their political lobbying activities have set a pattern for Yi Tŏk-il, their writings were not the origin of current day empire or pan-Altaic type interpretations but only an intermediary stage (though they have been directly influential on current day new religiongs of Taejonggyo and Jeungsando). While they professed anti-Communism, one of the most influential and notably right leaning members, An Hosang (安浩相 1902-1999), openly cites Ri Chirin’s work. (An 1979) The introduction of Ri (1963) to South Korean scholarship is usually traced to Yun Naehyŏn, who in the process was accused of plagiarism. The Taejonggyo-ist aspects of Yun’s work – which have been passed on to Yi Tŏk-il – owe much to An Hosang. However, as both Yun and Yi have self-identified with the more typically ethno-nationalist, or pan-Korean, political left, the question raised in this article by Kim concerning the political leanings of those during the Park Chung Hee seems only an attempt to undermine Yi’s leftist credentials. Both Yun and Yi in any event, trace their lineage to Sin Ch’aeho and Chŏng Inbo, principally via Ri Chirin.